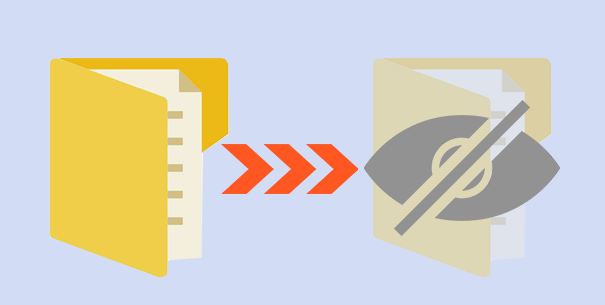 Lock Your Files,Folders & Disks With Passwords :

Computers are no longer a luxury, they have become a necessity. Without computers, our economy wouldn’t have grown like it has today, and if all computers suddenly stopped working one day, we would certainly find ourselves in big trouble. Many jobs would be lost, stocks would fall, and Google would seize to exist. However, with all things, not all is bad – for once you would have more time on your hand for other activities, such as spending more time watching TV or having quality family time with your loved ones – as there won’t be any internet to keep you preoccupied. However, computers are not all bad. Computers have had a significant impact Believe it or not; they play a vital role in improving our quality of life. For example, new safety features on cars and trucks are a result of through research conducted using computers. Latest medical technology, such as CAT scans and MRI scans which help doctors diagnose several hard to diagnose ailments cannot function without a computer. Finally, several scientific discoveries in the recent years wouldn’t have been possible, if it hadn’t been for the computer. Though, computers are not responsible for everything, the internet should also deserve credit for changing how people communicate, work and entertain themselves. The internet has opened up the world, allowing people to communicate over great distances and overseas. For example, had it not been for the internet, you wouldn’t be reading this article; you wouldn’t be able to talk to your girlfriend or boyfriend in a different state or perhaps in another country.  Consequently, the internet and the computer complete each other.

Issues with computers and the Internet:

People may think that the computer and the internet are the perfect invention without any weaknesses – they are certainly immature in their thinking. The fact is that despite the great things we are able to achieve through these technological marvels, they are far from being perfect; in fact they have damaged our society in more than just one way. For example, we spend more time on the computer than on any other activity. Everything we do is now done on computers resulting in prolonged sitting which results in less exercise. For example, you no longer have to walk to the mail box to drop or pickup mail – instead with email, all your mail can be found in your inbox. Second, we no longer have to go to the library to do research, all one has to do is log into Google and one can obtain information on nearly every subject. Third, one also can skip the trip to the grocery store, since now you can order all your groceries from the internet – given the fact you are willing to pay for shipping and handling. So there you have it, these one only a fraction of the issues that come with using computers and the internet. However, perhaps one of the greatest issues surrounding information technology is security. As the internet grew, so did internet crime. In fact, internet crime such as identity theft, theft of intellectual property and other related crimes have gone unresolved. Consequently – the internet – despite its sophistication – has become a virtual jungle in which there’s no reliable sense of security.

Considering the fact that there’s no real security for your privacy in cyber-space – you are left to defend for yourself – given the fact you have the right tools to do so. One such tool – that many are familiar with – are antivirus software. The average user believes that antivirus software will resolve all their cyber space security issues. Sadly, this is just a myth, although antivirus software protect your PC from viruses, they do not stop hackers and spy agencies from stealing your personal data. Moreover, if you end up having your laptop stolen, your antivirus software can do nothing to stop a thief from accessing your PC. Almost, anyone could become a victim of loss or theft, anytime, and anywhere.

What other tools can protect your privacy and identity:

Now, that you know that antivirus software are not enough to secure you in cyber space and the environment around you in general – its time you learned how to completely stay safe both online and offline. Antivirus aside, you also need to secure your personal data with software which can hide folders containing sensitive personal information such as social security number, driver’s license number, personal documents, work related credentials and other documents which are considered sensitive in your situation.

Thus, complete cyber-space security requires a combination of tools which include antivirus, data security and proxy software. Using these different security suites in combination is the only way you can truly stay safe in digital age – you would be less likely to be a target in the eyes of e-crooks.