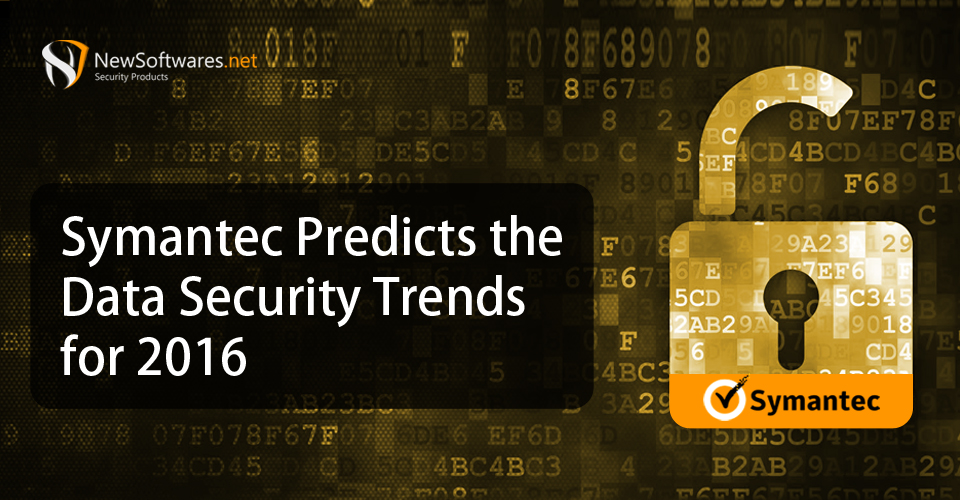 The present day’s cybercriminals are armed and capable enough to carry out deadly cyber attacks on consumers, businesses and governments successfully. Their continuous stabbing has evolved these illegal activities into a huge business. Personal information of consumers has been stolen on a humongous scale. We have seen in 2015 that how vulnerable users’ information is, hackers can easily get their hands on it. Above that, the inability to detect and recover from a data breach incident is absolutely shivering, such as Ashley Madison. There no protecting shield that businesses and individuals can wear to stay safe against these e-threats, but, taking precautionary measures and preparing themselves for the worst case scenario can help their cause.

At the end of this nightmarish year with respect to data security, Symantec’s security intelligence team has put forward some of the security predictions for the upcoming year. Here are some of them.

Need of encryption to boost

The technology industry is working on a simple principle, encrypt everything! With such redundant communication among people, organizations and governments over the defenseless means of communication, like the internet, encryption seems to be a must thing. Not all devices and application can encrypt your sent and received messages, which can surely lead the recipients to trouble. Cybercriminals tend to target smart devices that have negligible data security measures. Similarly, hackers seem to target individual users, hack into their computer and steal their personal information. Encrypting data on computer using Folder Lock will surely help users to keep their personal and precious information safe and secure.

Security on Internet of Things will be even more essential

As the world is introduced with new gadgets and people are switching to smart wearable devices, security on them will need to be improved in the next year. Smartwatces, holographic headsets and other smart devices will impose higher risks on users’ privacy. According to a report, it expected that around 30 billion IoT will be connected across the globe with industries and these devices will touch every field across different enterprises. Everything is slapped with internet, but their security is fragile. Cheap and small manufacturers in the industry are unable to provide any sort of security to their users, whereas, giants like Apple are doing a decent job to keep their users’ privacy intact. According to Symantec, the world may see the security of medical care devices, such as pacemaker or insulin pumps as highly discussed topic. There is fair chance that hackers may target such devices and get them under their control. It sounds awfully scary!

Cybercriminals likely to be able to compromise Apple’s devices

Apple has a reputation of providing the most stable and secure operating systems as well as hardware. Apple has a 13.5% share in smartphone market and around 7.5% of share in computers’ market. The share of Apple is increasing and hackers are very well aware of this fact. Consequently, they are engineering malware specifically to infect Apple’s devices. The ratio of data breach incidents on Apple devices is far lesser as compared to its competitors, Windows (PC) and Android (smartphone). But, the last eighteen months have been quite miserable for the company, there have been a number of cases that has somewhat deteriorated that the Apple is a safe heaven. According to the experts, the trend is likely to be continued in the upcoming year and people need to get rid of the percent that Apple is free from malware, otherwise, they might have to suffer big time. There are some big loopholes unearthed in Apple’s OS and they are trying to discover some more hidden flaws in iOS 9.1.

Risks of damaging attacks on critical infrastructure to be increase

We have witnessed some brutal attacks on infrastructure in this year; these attacks were focused on government websites, political websites and similar others. Symantec believes that these attacks will continue in 2016 as well and the world may see an increase in the intensity of these attacks. Political organizations operating cyber warfare campaigns and criminals attacking for profit or ransom. The use of IoT is increasing due to the constant demand of connectivity, but, at the same time, it imposes huge risks to your information security. The new trend of ‘hacktivity’ will haunt governments through the internet.

Need of cyber insurance is likely to increase

Read About: Customized data security for your files and folders