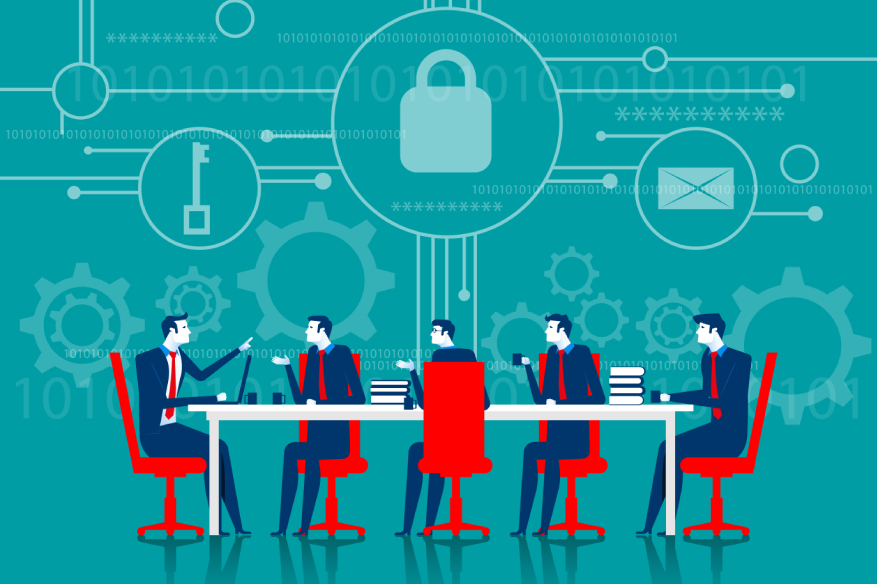 Imagine this scenario, its Sunday morning, you are enjoying your cup of coffee and are overwhelmed by blissful feelings – as if nothing can go wrong in this world. All of a sudden, criminals barge through your front door, point a gun to your head and then they tie you up. Thus, you have no choice but to helplessly watch as they steal all your belongings and drive away.

However, imagine a different scenario in which you had a door that was indestructible – even a tank could not destroy it – let alone a bunch of crooks. Although, in the real-world there is no such door that could withstand cannon blasts from a tank, in fact most houses have front doors that can’t even withstand a battering ram let alone cannons. Luckily, we don’t have to worry about such incidents in real-life, as law and order on the streets usually prevails in most neighborhoods in America.

On the other hand, when you enter the cyber world, you enter a whole new realm that is unpredictable and usually unsafe. Time and time again, hackers and other cyber criminals have attacked large organizations – and have succeeded many times – inflicting heavy financial losses. Consequently, the following are the list of some high profile hacks that have inflicted some serious financial damage to many organizations. In fact, the following are some great examples of high-profile hacking incidents.

Forbes.com users have had their email addresses stolen; approximately one million users were affected by this hacking occurrence.

In 2012, facebook, the world’s largest social media network became victim to hackers. Facebook was infected with the so called “Ramnit worm” which stole the passwords of some 45,000 facebook users.

RSA, as we all know, is a well known company that is known for providing computer security. On March 17, 2011, the security company was hacked by advanced persistence threat – a group of highly trained and skilled hackers who had been funded by large unknown organizations. RSA is well known for making secure keys which are needed to access encrypted information.

On April, 26, 2011, Sony announced that 70 million user accounts have been hacked and their credit card information was stolen. The hackers managed to steal every bit of information they could find, including: profile related data, email accounts and purchase/billing history.

On June, 2, 2011, Google made the announcement that some U.S politicians may have had their Gmail accounts hacked. Google blamed Chinese hackers, yet china denied any involvement in the attack.

Consequently, it is apparent that a new war has been waged — known as a cyber war; this war has no regard for international borders or ethics of conduct. Those who are responsible behind these attacks are motivated to prove themselves that they are inexorable.

According to multiple studies, 90% of organizations have admitted that they have been hacked at one point or another. Out of these organizations, more than 50% reported that they had little or no confidence in thwarting another attack, expressing a sense of helplessness. Thus, it seems apparent that organizations truly lack the know-how or the proper strategy to safeguard their corporate data.

On the other hand, most large organizations have figured out that encryption is the only solution that will work against data theft and hack attacks. Thus, security software such as Folder Lock can provide businesses large and small with strong reliable data security