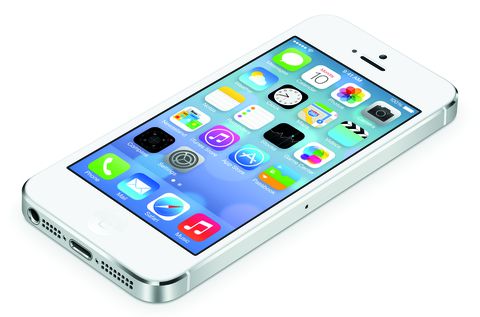 Finally, the wait is over and Apple had introduced the new version of iOS i.e. iOS 7. According to the CEO of Apple Tim Cook, it is the biggest change that iPhone users will witness since the introduction of the Apple iPhone. The Vice President of Apple claims that installing the new version of iOS will give your phone a fully new look. In the latest version of iOS, the fonts of text messages have become a lot slimmer and the balloonic look of texting is also have become flat and elegant. Apple has changed the default color of iOS to white, changing the background to white makes every icon prominent and beautiful. Apple is trying to make the appearance and display of the iPhone more appealing.

iLife suite is may be an unfamiliar thing to the world. It is actually a feature in the new iOS that combines the apps iPhoto, iMovie and Garageband. In the latest version, Apple has removed the fake paint brush feature from iPhoto app that gives a more realistic look. This amendment would not affect the functionalities of the app, however, it will eliminate some useless features of the app. Taking these steps do not mean that the latest version of iOS will be boring or colorless. It has amazing animations and graphics effects that give the iOS 7 a life.

Apple has taken some prompt action on the security issues of iPhone as there has been much news of iPhone robbery and theft. Even before the introduction of iOS 7, there are rumors that Apple is engineering the iPhone 6 with the feature of thumb impression recognition. In the latest operating system of Apple, if a robber or thief would try to switch off the “Find My iPhone” or wipes your iPhone, it will not reactivate unless your correct Apple ID is entered. Further, Folder Lock for iPhone is also operative on iOS 7 which can make its security unbreakable.

For the time being, only a beta version of iOS 7 is released. However, the full version of the latest operating system is likely to be launched along with the newest member of the iPhone family. But, the good news is that the people who are using devices of Apple such as the iPhone 4, iPhone 4S, iPad mini, fourth-gen iPad and fifth-gen iPod touch could also use iOS 7 in their respective gadgets. There is no doubt that the world in anxiously waiting to see another masterpiece of the Apple and there is no second opinion that the iOS 7 will be a sensation.