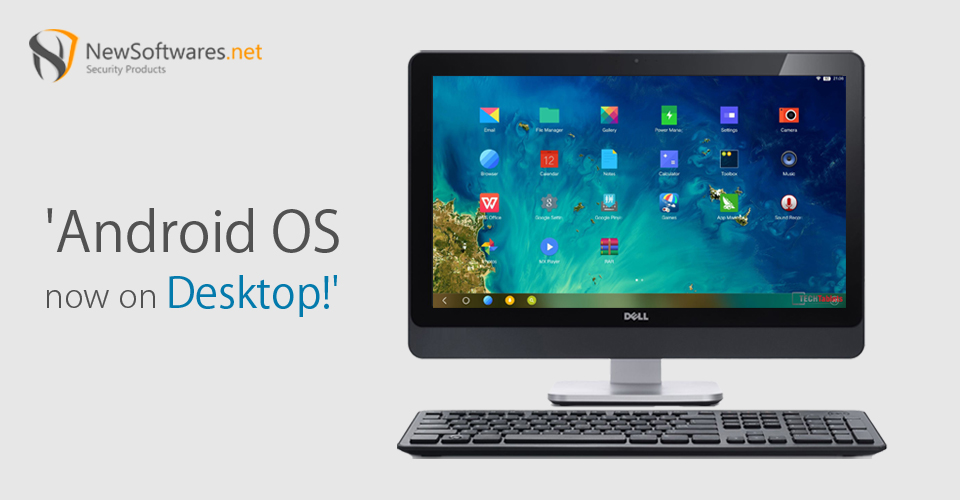 Jide, the company behind the Microsoft Surface clone “ultra-tablet,” comes back this year with something very new and unique. The company announced at CES 2016 that it would be releasing a new OS on January 12th. They’re calling it Remix OS.

Remix OS is basically an Android 4.3 Jelly Bean-based operating system which can be run on any PC or Mac system. It supports Google Play Store, and the company says that it will soon be upgrading it to Android Marshmallow.

However, the software looks more like Windows or Chrome OS than Android. There’s a start menu. You can swipe in from the right side for a notification tray, which is similar to Windows 8.1 and Windows 10. It even allows you to use the right click button of your mouse. You can run apps in individual window, multiple windows and in full-screen mode. It gives you the feel of a perfect desktop atmosphere.

You can run everything from Instagram to Microsoft Word to Facebook to Clash of Clans. Most of these apps come pre-loaded on Remix OS. If you find an app that’s not properly optimized for Remix OS, you can let the company know, and the Jide team says that they’ll optimize it as soon as they can.

See More: Things To Do Before You Dump Your Current Smartphone

The Remix OS would be available for free. All you’ll need to do is to download a system image from the company’s website, load it up on a USB 3.0 Fat32 supported Flash Drive (basically to ensure that the read/write speeds are at least 20MB/s), and connect it to your system. There’s also the option of making a partition on your computer for a more permanent solution.

This makes the OS pretty much portable. The idea behind the portability is, the company says, that it allows users especially students and those in emerging markets to know longer need to rely on a personal computer to get their work done.

Jide was founded by three ex-Google employees. It came to light in last year’s CES when it launched an ultra-tablet that looked very similar to Microsoft’s Surface. The company also released a device called Remix Mini, a $70 device that a user can plug-in their TV’s HDMI port and run Android on it.

Remix OS will be made available for x86-supported (32-bit system architecture) computers. You’ll need an Intel or AMD based computer to try it out. The installation is quite easy and for the most part, it’s a functioning system. However, it may not be stable enough for you to use it as your main operating system.

The consumer-ready version of Remix OS is in an alpha stage, so not all features are available yet. But I expect that it would still provide a tough competition to the likes of Chrome OS and other operating systems.