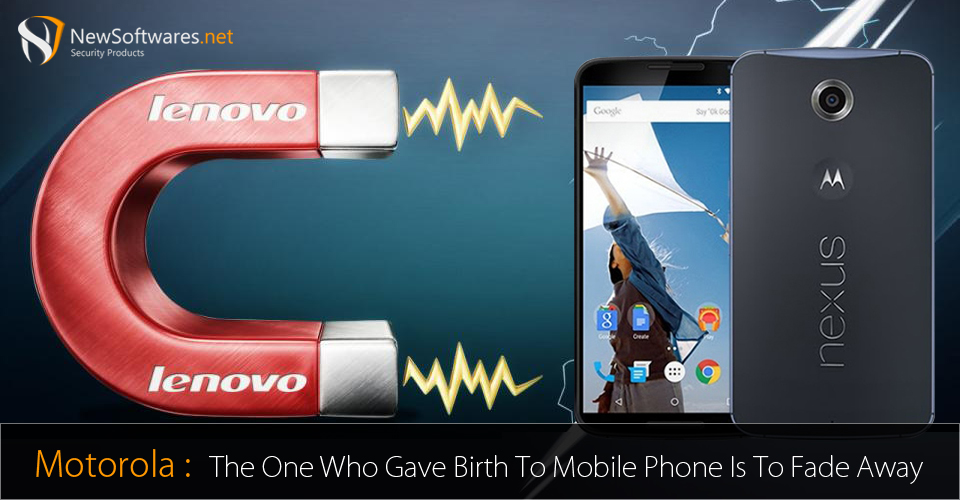 Lenovo brought Motorola from Google back in 2014 and now the company is planning to merge both of its mobile manufacturing businesses, i.e. Lenovo and Motorola. The parent company has planned to dump the name Motorola, however, planning to use ‘Moto’ for their high end smartphones. The name ‘Motorola’ isn’t completely gone for now. It will live on from a corporate perspective as a division of the Chinese consumer-electronics giant.

It is something really depressing that the company who initiated and invented the mobile phone is soon going to lose its name. There was a time when the world was crazy behind Razrflip phone that bamboozled the people with its ultra-slim design. Its signature ringtone ‘Hello Moto’ was extremely popular among the users. But, Motorola couldn’t live as successful as it meant to live and was bought by Google, who two years later sold it to Lenovo.

The CEO of Lenovo coins Motorola as a treasure and they will strive to make it even stronger. The parent company is planning to have a logo of Lenovo on their products like Moto X along with Motorola’s signature ‘M’ logo. Motorola has not been a popular brand among users in the recent times; people are looking to get a Samsung or an iPhone in their hands. In such a situation, Lenovo has rightly taken the step of not involving Motorola’s name in their branding.

Lenovo is to use Moto line as a high end smartphone in the market where Lenovo is a household name. Whereas, the markets where Moto has a strong goodwill, the company will use its channels and connections to introduce cheaper Lenovo phones that price under $100. The company wants to introduce Lenovo’s Vibe smartphone series to the USA; however, it seems difficult to happen in this year.

See More: Types of Smartphone Users and Their Characteristics