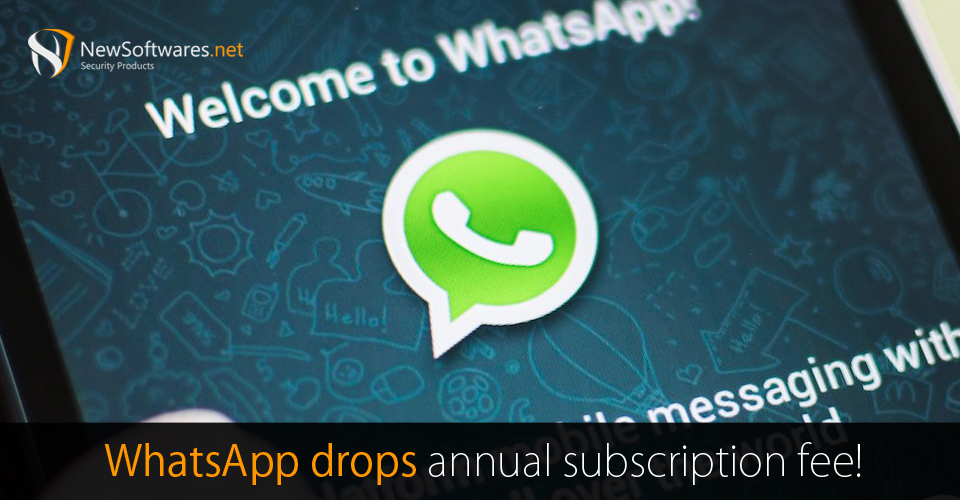 Jan Koum, the founder of WhatsApp, has recently announced that the company is removing the annual subscription fee “over the next several weeks”. However, there’s no need to worry as WhatsApp is not looking forward to introduce 3rd party ads on its platform. Instead, the company will be looking at introducing different ways for WhatsApp users to communicate with businesses, and vice versa, just as Facebook’s Messenger does.

The service was supposed to charge $1 fee after one year of usage. However, at least there is no person in my knowledge who has actually paid the annual subscription fee. From now on though, no one will even be asked to. The move comes following an admission that the system doesn’t work so well and that asking users to pay a subscription fee with a debit or credit card potentially puts off those without ready access to one.

The new business model would make it easy for you to communicate with any business you want to via WhatsApp. These businesses will also be able to send messages to you regarding important information like flight delays or suspect bank transactions.

“Naturally, people might wonder how we plan to keep WhatsApp running without subscription fees and if today’s announcement means we’re introducing third-party ads. The answer is no. Starting this year, we will test tools that allow you to use WhatsApp to communicate with businesses and organizations that you want to hear from. That could mean communicating with your bank about whether a recent transaction was fraudulent, or with an airline about a delayed flight.
We all get these messages elsewhere today – through text messages and phone calls – so we want to test new tools to make this easier to do on WhatsApp, while still giving you an experience without third-party ads and spam.” – WhatsApp said on its blog.