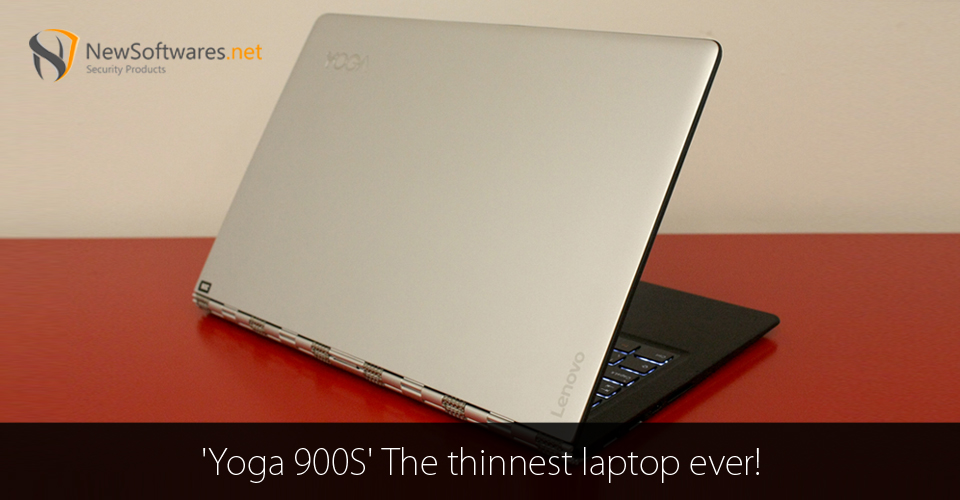 The Consumer Electronics Show (CES) 2016, being organized in Las Vegas, is yet to officially kick off. However Lenovo has made its presence felt by announcing cool new products across different categories. These include ThinkPad X1 Yoga hybrid, Ideacentre 610S PC, ThinkPad 13 laptop and ThinkPad Stack Mobile Projector. But the most interesting product that came out was the Yoga 900S convertible laptop.

Lenovo Yoga 900S is an incredibly thin and light laptop. The 2.2-pound machine is about a half-inch thick, or 12.88mm to be exact. Lenovo claims that it is the world’s thinnest convertible laptop. However, it’s still not as light as the Lenovo/NEC LaVie laptops but still it’s much lighter than other laptops, including the MacBook Air.

Lenovo Yoga 900S is the most beautiful convertible hybrid, but it actually has less under the hood. The new Yoga 900S runs on Intel’s watered-down Core M processors, which most believe, gives out poor performance. It’s similar to the last year’s Yoga 3 Pro, a super-slim model that ultimately got a lukewarm review on account of its sluggish performance and mediocre battery life.

Lenovo says that the battery life will be longer (up to 10.5 hours), but that appears to be with a low-resolution screen, not the QHD (2,560 x 1,440) option. The new Yoga also comes with active pen support. That’s something you won’t get from the recent Yoga 900, Lenovo’s similar but higher-performing flagship machine.

The Yoga 900S will be available in traditional silver and champagne gold colors. It keeps the same watchband hinge that we’re familiar with from the Yoga 3 Pro. The Lenovo Yoga 900S will hit stores in the US this March, with prices starting at $1,099.